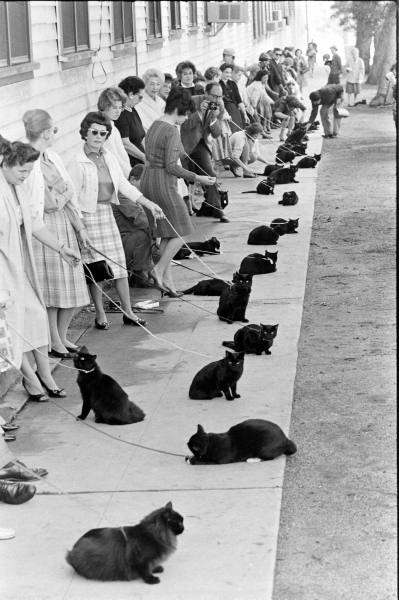 Some people make things up and then end up believing them.  My older brother is one.  Some can will something to happen, and within a short period of time, it happens.  A few times it's happened to me although I don't really believe I had anything to do with it.  Other people make up crazy stories and as the actions are created in their mind, they are happening in front of their eyes.  Such is the case with Norman.
Norman is the protagonist of the novel Miss Hargreaves by Frank Baker, and along with his friend Henry creates an older lady named Miss Hargreaves.﻿  The two of them were on vacation in Ulster and created her in the spur of the moment to pull the leg of a sexton.  Many details were added to their 'little' lie, and much to their surprise, along came Miss Hargreaves in the flesh to their town.
A little bit Pygmalion, a little bit Frankenstein, with a splash of  magical realism, this book was so much better than I'd expected!  I had heard of it several times from Simon at Stuck in a Book, and actually bought the book more than a year ago, but it wasn't until I moved here, and brought it along in one of my steamtrunks that I took the time to read it.  Something I regret now!  In his review he mentions there isn't a dull moment and he's absolutely write.  When you think of the premise, you wonder how will this excite me for 317 pages, but excite me it did!  I was moved, felt agony, happiness, sorrow and wanted more.  It begs the question: What would happen if one of your false stories came true?
I also love a good story about someone not quite on their rocker.  Look at the only five films I brought with me over here, films I can watch over and over again:  The Hours, Bright Young Things, Amelie, Grey Gardens and Strangers with Candy...if you have a similar love of people who find it difficult to make a distinct line between the real and the immaginary, I think you will love this book as much as I did.
And how about a clip, one that never gets old, that I like to watch at least once a month? 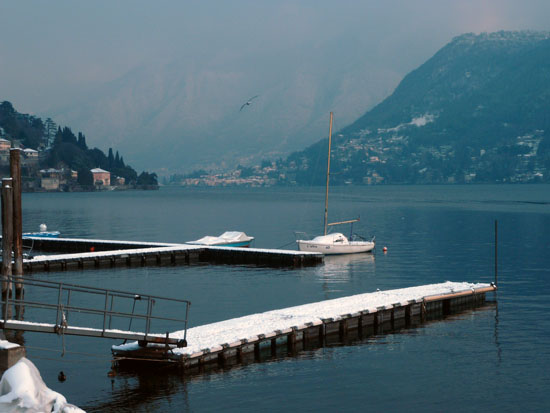 I have an American friend, who's married to an Italian and strategically lives in Como.  When both of us feel that need to speak with our own kind we seek each other out.  She lived in Vermont and was born in Long Island so we're practically kin!  We get together, drop our R's, say things like 'dude' (not really), and complain.  It's a lot of fun!  The fact that she's 50-something makes it even better!  I digress... 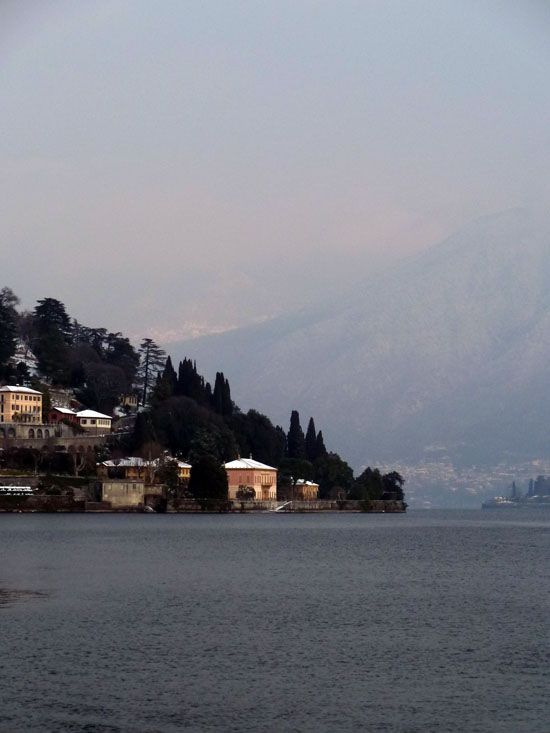 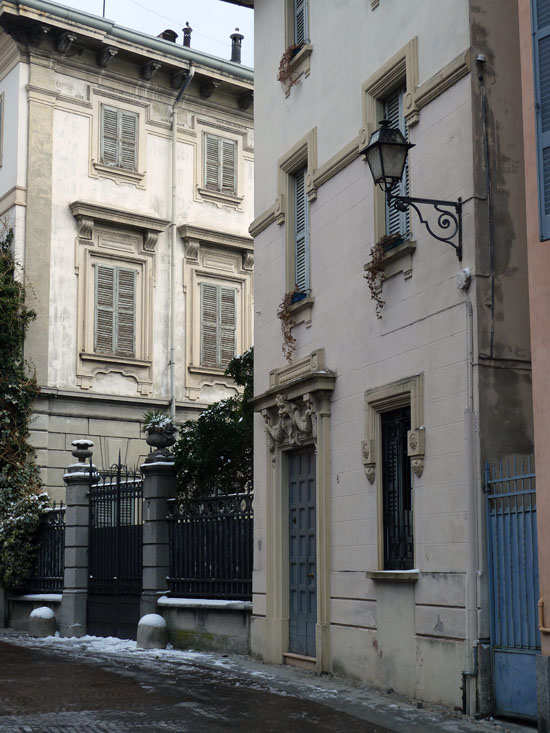 I went to visit her on Friday and Como was also in Dr. Zhivago-mode.  Stunning!  It didn't even look like the same place I visited a few weeks earlier.  I was ready for Laura to whip around a corner in a sleigh any second!
Posted by DM at 12:36 PM 2 comments:

We're in the middle of a weather system that has brought wind, freezing temperatures and snow from Siberia﻿.  I couldn't be happier!  The past few days have beeen lovely with a constant light snow.  Today Milan was especially beautiful, blanketed in a few inches of fresh snow as the sun decided to peak out.  I almost always forget my camera but have been making an effort to bring it along always...so I can catch moments like this of the snow-line Santa Maria delle Grazie, the gorgeous 15th century church that houses Da Vinci's 'Last Supper' and the stereotypical Milanese on his phone. 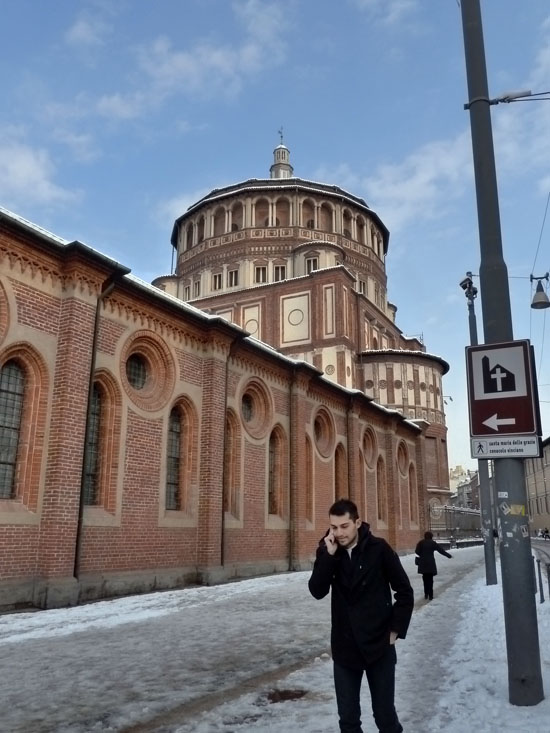