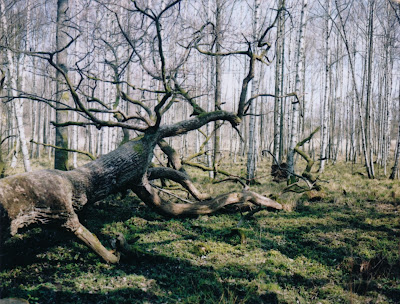 Stumbled across this lovely birch forest the other day on the blog of Geneviève Bjargardóttir, an Icelandic girl live in Göteborg, Sweden.  Her images are so transporting you can almost smell the moss and fresh air. The fact she uses an analog makes it all the more otherworldly.

Perfect to look at if you're reading Tove Jansson's Summer Book. 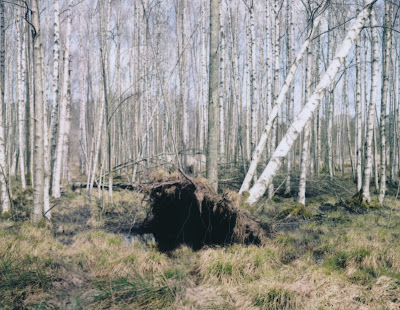 
Some friends from Copenhagen (and a Norwegian from the US) have just left, taking my heart with them.  We ate gnocchi, took boat rides, drank spumante, laughed till we cried and did Downton Abbey impressions...they also left me with the song which I can't get out of my head...
Come back!﻿
Posted by DM at 10:25 AM 7 comments:

A Thursday meeting in Venice 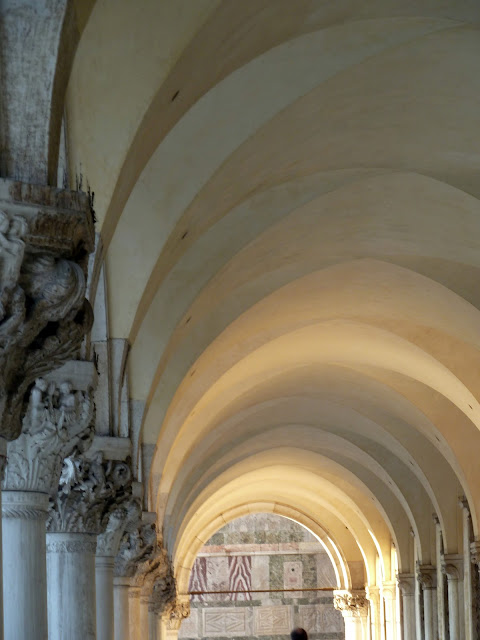 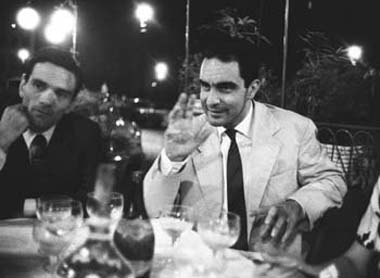 What I would give to be at this table.  Maria Bellonci is probably at the right. 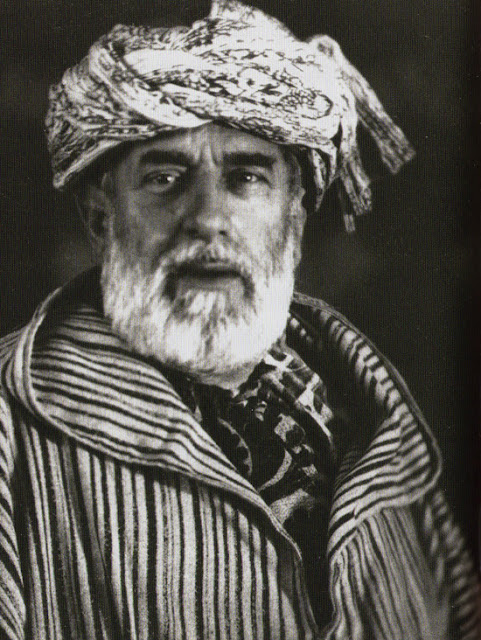 While on my first trip to Venice last November, I developed a bit of an obsession with Mariano Fortuny.  His palazzo was where Axel Vervoordt showed his exhibit for the Bienniale, and if it wasn't for that I'd probably never had gone to the Palazzo Orfei.  The only thing I knew was the name of the impossibly expensive Fortuny fabrics; I didn't realize that in his life he accomplished so much more.

He now is of course most famous for his lavish fabrics, still made secretly in the same factory in Venice.  But he also was a master photographer (see previous Henry James post), able to figure out the camera before many others.  A famous fashion designer: Sarah Bernhardt, Marchesa Casati, Lady Diana Cooper, Isadora Duncan to name a few were all customers.  His name is even mentioned by Proust in The Remembrance of Things Past.  Master inventor: 22 (!) patents were taken out in his name, most of which were for the theater which are still used today; ie: lighting controlled back-stage, the lighting of quarter-domes found in most theaters, photographic papers, fabric printing techniques, etc. Not to mention painter of countless paintings and sculptor...The man was a genius. 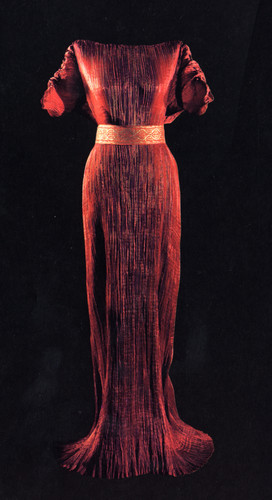 He rented a few rooms in the Palazzo Pesaro degli Orfei with his wife to work and gradually bought the rest little by little until the entire palace was his home/studio, and thankfully today we can go and explore it ourselves.  The Vervoordt exhibit was amazing, but I think discovering about him and his work, seeing where he worked, smelling the oil paint (still!) was all the more thrilling! 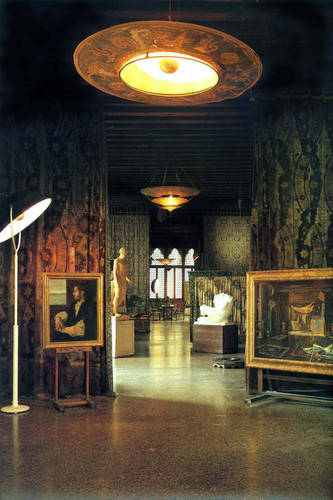 I read a brief biography about him, but can't really find something more substantial...does it exist?  If it does, please let me know.  If not, I think I want to write his full story.

I can easily say this is my favorite place in Italy I've seen so far, so if you come, please visit it, or better yet, let me know and I'll meet you there.

Editor's update:  For more information get thee to Acquired Objects well-informed and fascinating posts (here here and here)that completely put mine to shame!  You will not be disappointed!

For a stormy Saturday 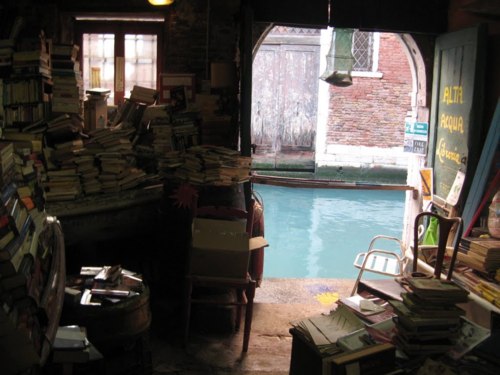 I feel so intensely the delights of shutting oneself up in a little world of one's own, with pictures and music and everything beautiful.

-Virginia Woolf, The Voyage Out

The Remarriage of Henry James 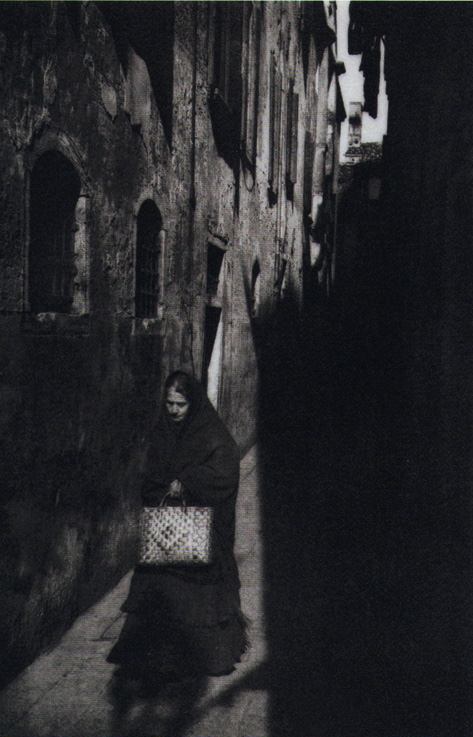 Months ago, you may remember, I announced my divorce with Henry James.  Mayhaps I was a bit too hasty, having only read one, a certain Wings of the Dove.  Quite honestly I was bored for those painful months, he put me to sleep, I couldn't follow what he was saying, my mind would wander, I wanted out.   A recipe for disaster.

I'm not sure what triggered me to read The Aspern Papers (maybe it was your encouraging comments!), but I'm so glad I did and running back for forgiveness I've done as well.  How could I loose faith?  I should have given you a second chance!  Don't look at me like that!  PLEASE!

Mr James managed to combine all of my favorite things (crumbling palaces, crazy spinsters, subtle mystery, Venice) into a gorgeous novella that I couldn't put down.  Our narrator is in search of the supposed letters or papers of Jeffrey Aspern, a Romantic poet (based on Percy Bysshe Shelley) who left them with his muse, a now ancient Juliana Bordereau.  Miss Bordereau is an American that lives with her neice, Miss Tita, shut away from the world in a massive palazzo in Venice.  Our narrator, somewhat whimsically ("My tastes and habits are the simplest; I live on flowers!") asks the ladies to let some rooms in order to write and work in their abandoned garden, of course not telling them he's in search of the papers kept in the clutch of Miss Bordereau's talons.  They accept with a high price and he discovers little by little about the two (a 19th century Bouvier Beales) and the city in which they lived and live.

I found so many passages extremely beautiful, including the one found when Miss Tita decides to take his invitation for a ride in his gondola...

She had forgotten how splendid the great waterway looked on a clear, hot summer evening, and how the sense of floating between marble palaces and reflected lights disposed the mind to sympathetic talk.

...but I think I loved most how he beautifully portrayed Venice as if it was a character in itself...

I don't know why it happened that on this occasion I was more than ever struck with that queer air of sociability, of the cousinship and family life, which makes up half the expression of Venice.  Without streets and vehicles, the uproar of wheels, the brutality of horses, and with its little winding ways where people crowd together, where voices sound as in the corridors of a house, where the human step circulates as if it skirted the angles of furniture and shoes never wear out, the place has the character of an immense collective apartment, in which Piazza San Marco is the most ornamented corner, and palaces and churches for the rest, play the part of great divans of repose, tables of entertainment, expanses of decoration.

Such a drastic change in my opinion of him I have that I'm almost embarassed!  Has this every happened to you?  Nevertheless, I recommend you read this lovely gem, and if you are going to Venice in the future I would read it while you are there.  It's an enchanting place and James really captures it perfectly.
Posted by DM at 1:03 PM 5 comments: