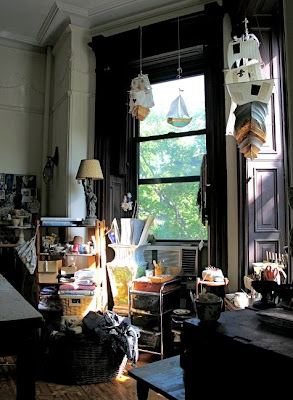 As someone who spends most of his days drifting in and out of a memory-consciousness, ﻿'Sleepless Nights' by Elizabeth Hardwick was a wonderful novel with which I could relate to entirely.  As I've searched around for other's opinions, Hardwick, who was a founder of the New York Review of Books, seems to get a mixed bag.  Many find it hard to follow and although it is short in size (151 pages) it reads like something that is 300.  You need to read it slow to drink up all the stories weaved into the memories of the author.  "J.," Louisa, the old rich lady who befriends a young man late in life, all have rich things to bring to memories just like our own.  Which to me takes a talent most do not possess.
Joan Didion reviewed it perfectly for the New York Times back in 1979.  She states: "'Sleepless Nights' is a novel, but it is a novel in which the subject is memory and to which the 'I' whose memories are in question is entirely and deliberately the author."
One of my favorite samples, and the reason I chose the images for this post, involves a scene of a changing New York, beautiful and sad:
Part Seven.  Last year a large new office building began to go up on my small, narrow street in New York.  It is an odd street, filled with old apartment houses of modest size which were built just after the turn of the century for the accommodation of artists. "Des Artistes," as one of the buildings is named, were to work and live in the same quarters, to paint in their ateliers like Frenchmen with little pointed beards, and to eat in their dining rooms off the kitchen like Americans.
The large windows of the studio room were then covered with opaque glass, according with the theoretical belief of the time.  The light was dimmed--to free the mind for the light of the imagination?  A northern smoothness and easels upon which stood the half-finished portraits waiting for the sitter or the model, a colorful old man or a loosely draped girl, or still lifes from the fruit bin...
...The thick glass is gone from most of the windows, but now a new building roars up across the street, arriving with a hideous grinding.  Exquisite machinery stands about all day, and the steel skeleton with its artful modernity is more fit to decorate the city scene than the building itself.  The noise of construction will one day die down, and yet the light will never return to the artist-building.  It is in its glass opacity.  Perhaps some sort of preservation is taking place. 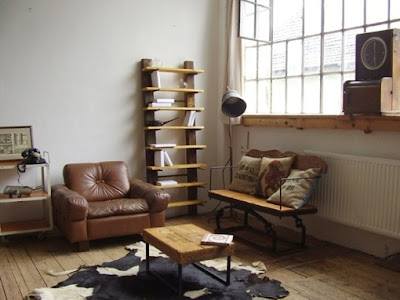 photos: Myles Henry, and design*sponge
Posted by DM at 6:10 PM

Dear Daniel, this sounds marvellous! I am adding it to my list right away. Hope you're very well and thank you for your lovely comments xx

The leading posting of memory from my "Context" list in the last 6 months, and I am absolutely certain those sources would agree. I know and admire this book but I'm indebted to it (I'm ashamed to say) for the first time, on reading this. Knowing this book, I'm shaken by the illuminating rapport it found in you and only piqued in me. We need to learn to read this well. The selection of images is devastatingly acute. Brilliant, and equal to the task.

Elizabeth Hardwick had a house near here, and was absolute value. A million years ago I arrived late (as usual) for a dinner party, just in time to hear Lizzie delivering the punchline to a story---"and then she said, 'but honey, all I really need is just a little clitoral stim-u-lay-shun'". Quite an icebreaker, delivered in her wonderful Kentucky accent.

You three made my (sleepless) night!
Christina, you'll love it. Laurent, I had a feeling you were familiar with it, especially when I was reading it. D.E.D, that is hi-lar-i-yows. She writes about her place in Maine quite nicely in the book. I can't believe you were in her presense, you lucky barnacle! :D

I like the sound of this, and love that first room you show there. It reminds me of pictures of Ivor Cutler's flat, though of course bigger and airier.

I just found some pictures - and it looks nothing like your room - I think it was the colours that made the connection for me, more than anything:

I really think you will like this book, Nick. Especially since you seem to be in a New York state of mind. And these Ivor Cutler shots are brilliant! I can see what you mean with the connection, they really do relate.

If you'd like to see more of Ann Wood's apartment go here, you won't be disappointed!