Mr. Chatterbox reporting Stateside, where the Nation is still under the evil grips of Prohibition.  All's well when Lady La, of the Redding Blairs, sent out lovely invites welcoming us to her little 'pharmacy.'  The press was to be kept secret of all goings on, whilst prescriptions healing our seasonal ailments were promised.   A flurry of telegrams were delivered in eager response, plans were made, as well as calls to tailors, drivers and furriers. 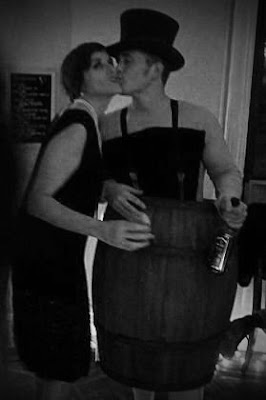 ﻿
The Honorable Daniel of Halifax, fresh off the set of Rudolph Valentino's latest, Son of the Sheik, arrived just in time to meet Latin scholar Michus Saccomannochus and stable boy, "Jordan," for a trial on the new color film camera straight from the World Fair. 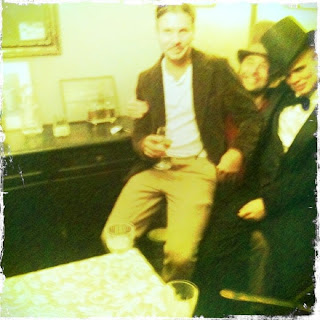 Soon after, Saint Katherine and Lulu Lockwood unveiled themselves, each clad in Molyneux and Chanel respectively.  With Veuve on their breath, the gang jumped in the Essex Six and whisked off to Town.   Hunger was suppressed at Henry Public, a neighborhood joint serving simple fare and potent juice.  The Automat was closed but all were contented.
Inside the grand 12 foot ceiling, parquet floored (rent-controlled) apartment, a party was under way. Prescriptions were made by Russian pharmacist, Svetlana who was easy on the herbs and heavy on the spirits.  After one or two cocktails, made with gin and chartreuse, the crowd was swelling and having a difficult time keeping the "easy" in "speak."
GM heiress and cabaret star, Lulu Lockwood was thrilled to gab with her sister, Saint Katherine.  St. Katherine has lately heard rumour that Paris doyenne, Alice B. Toklas, was thief to her book of recipes and is in works to be using them to publish her own!  St. Katherine, ever humble ever pure, has decided to write her own, focusing on recipes to detox waste and people  from our bodies.  Lulu, an overnight star was so inspired by "Metropolis" she wrote a song for her act called "Spaceship Lover," and her fans beg for more. 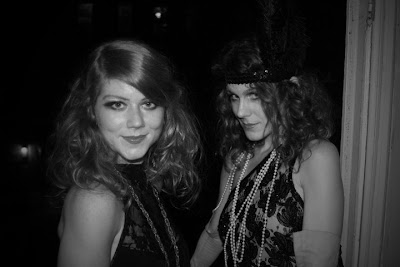 Hon. Daniel of Halifax joined in the conversation between Norvegienne, Ingrid Skjold and young Spanish designer Cristobal Balenciaga.  Balenciaga was kind enough to take Halifax aside and fix the neck wear that had gone askew after Halifax's Brandy Alexander. 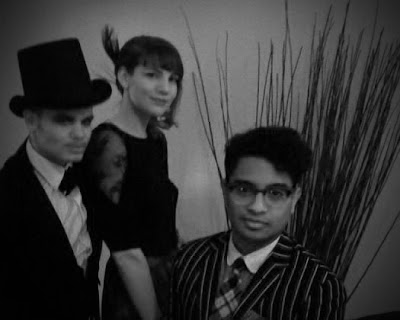 C.C. Blair the Younger filled in all on his plans of wooment to the Danish Countess, Mie.  As a man true to his word, he left the party and made for Pier 14 where a liner heading toward Copenhagen awaited him. 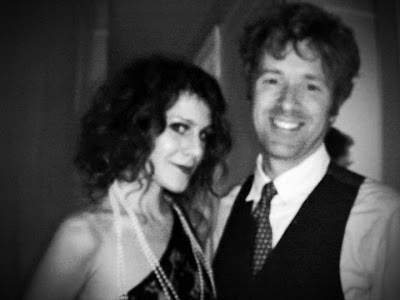 Hungarian film starlet, April Olenska, discussed with Argentine Tango star, Paloma Degli Sposati, steps for the double lady act they had in the works.  They are sure to set ballrooms ablaze on all six continents! 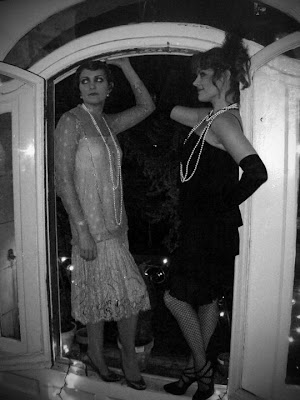 As the cock crowed the patients realized it was time for their beauty sleep.  One needs adequate sleep lest we wake with puffness of the visage.  "Jordan" waited outside the flat to catch one last shot of Saint Katherine, Halifax, Lockwood, Saccomannochus and toy designer/tycoon, Mr. Schwartz. 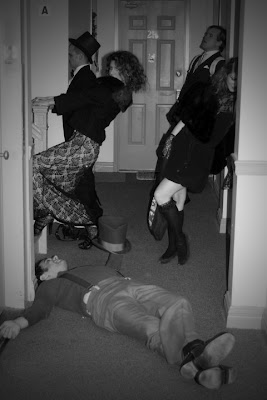 The press was kept at bay indoors but out on the mean streets another story awaited poor Honorable Daniel of Halifax and Lulu Lockwood.  A swarm of bulbs and lights cornered them, with nothing but an heirloom sheleighly for defense.  When the local papers and glossies finished having their way with them, off they sauntered not feeling a little bit undefiled. 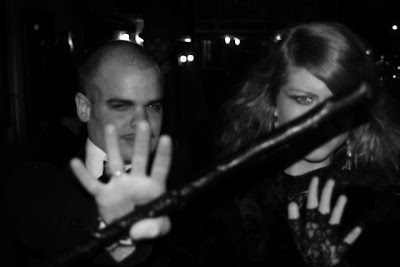 (A special thanks to Katie, Micah, Jordan and Michael for the photographs!)
Posted by DM at 1:00 AM

Your life is too much fun. Too. Much. Fun! I insist that you stop tormenting me--and all other dull Daisies--with your fantastical escapades, lest you bring everlasting melancholy upon us.

love it! :) the commentary makes it!

Dearest Jay- Don't you worry, behind all the smoke and mirrors my life is very Simon and Garfunklian. Picture a real-life, "I am a rock." When can we meet up for a Sidecar already!?!

Thanks Sarah! I think I want to make my blog JUST this kind of commentary...

snorted aloud at "waste and people".

Ills were watered until they became red, rosy cheeks! The soundtrack is puhfect.

All that's missing is a table of mah-jongg. Or is that only in SF?

Thinking of Jay's concern for melancholia, it's even more frightening to think of how little fun the children must have these days. The other children, I mean.

Laurent- haha! Regrettably the mah-jongg table was put away until next time.

Dear Daniel, wonderful commentary, I really enjoyed that. The second from last picture is genius xx

This is fantastically film-worthy.
Get to it, Daniel, we're all awaiting a feature-length version.
Alcira